12 Surprising Things You Inherited From Your Parents

Human development is influenced not only by the environment, upbringing, and financial capabilities of the family. The appearance and personality traits are often genetically determined.

To what qualities and personality traits do we have a genetic predisposition, thanks to loving parents? Scientists identify at least 12 characteristic features.

What Things You Got From Your Parents?

The sun came out – and you immediately greeted it with a loud sneeze? This reaction is inherent in about 20% of the world's population. If your parents had this trait, you have a genetic predisposition to it.

In 50% of cases, the reflex is inherited through the parental line as an autosomal mutation. This is not an allergy to the sun. It is just that the retina of the eye is irritated in bright light, which leads to sneezing.

Most of the genes that are responsible for hair growth and hair structure are found on the X chromosome, which is inherited through the mother. This means that not so much a dad is responsible for early baldness, but a mom. However, health problems and bad habits like drinking alcohol can cause early baldness.

This happens because alcohol does not allow nutrition to absorb in the body, causing baldness. This is the reason many alcoholics who are getting different types of alcoholism treatment are normally bald.

3- Dimples On The Cheeks

Yes, this cute trait is highly likely to be passed from parents to children as dominant. The reason for the phenomenon lies in the peculiarities of the construction of the zygomatic muscles. But with age, this effect can weaken due to muscle stretching or thinning of the fatty layer of the skin.

4- The Level Of Intelligence

Scientists have long proven that children receive mental abilities mainly from their mothers. As a result, genetic predisposition is responsible for 60% of the IQ itself. And there is 40% influence of the environment and upbringing. By the way, if the mother was an excellent student, there are higher chances that the child will be intelligent too.

This eye disease is also transmitted by generations. Children of myopic parents 50-80% more often get the same syndrome. That is why it is especially important for them to learn how to follow the correct regimen and not forget about eye gymnastics.

6- Propensity To Take Risks And Aggression

Our genes are responsible for the propensity to take risks, the assertiveness of character, and some aggressiveness towards others. In fact, people with this trait are more likely than others to defend themselves and their interests. This is why they may seem impulsive and uncontrollable. But in most cases, they got these traits from their parents.

In other words, it will be more difficult for him to maintain a figure; it will be necessary to make more efforts to lose weight. However, doctors have long taught us to control body weight by simply counting the calories we eat.

Many older people get diabetes; this is just a myth. Many children at a young age get this disease, thanks to their parents. Yes, diabetes also gets transferred from parents. Nick Jonas also has diabetes, thanks to his parents. Some celebrities don’t drink alcohol or eat other harmful products due to serious health diseases; Nick Jonas is one of them.

Scientists are currently paying special attention to the HLA genes, which significantly increase the risk of developing diabetes. It also affects the immune system and histocompatibility.

Both sexes have a genetic predisposition to color blindness. But here's the paradox. Only men suffer from this visual defect. All this happens because the gene for color blindness is on the mother's X chromosome, which in a woman is compensated on the paternal side. While in males, such an addition does not occur.

People in whose family there are centenarians, with a 70% probability, will live an order of magnitude longer than ordinary average representatives. Even with a less healthy lifestyle, they are more likely to avoid unpleasant diseases.

Or, at least, delay their appearance by ten years. By the way, a high percentage of centenarians have two important physiological characteristics. They easily endure stress and do not suffer from obesity.

There are no drastic changes in your life; you do not experience stress but still you are not able to fall asleep. Do you observe diet and sleep but still suffer from insomnia or suffer from hypersomnia? This means that a genetic predisposition to sleep disorders is to blame. Sleep disorders get transmitted from generation to generation in a dominant manner.

High cholesterol levels are not always explained by improper diet or passive lifestyle. Scientists found a rare genetic mutation that is inherited. It causes problems with the absorption of cholesterol, which as a result, accumulates in the blood. The trick is that even if such people completely abandon animal food, cholesterol levels will not go down much because the reason lies in genetics.

However, do not give up and do not throw the responsibility to the will of fate. Many changes depend on the person himself, his desire to be better! Even the most brilliant parents cannot make a child fall in love with the school.

Likewise, genetic predisposition to some kind of disease does not make us sick. It may be more difficult to change yourself, but such results are always more valuable than what we went through. Stay Healthy! 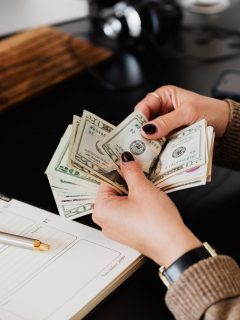 Next
Essential Life-Changing Skills Everyone Should Learn
Click here to cancel reply.