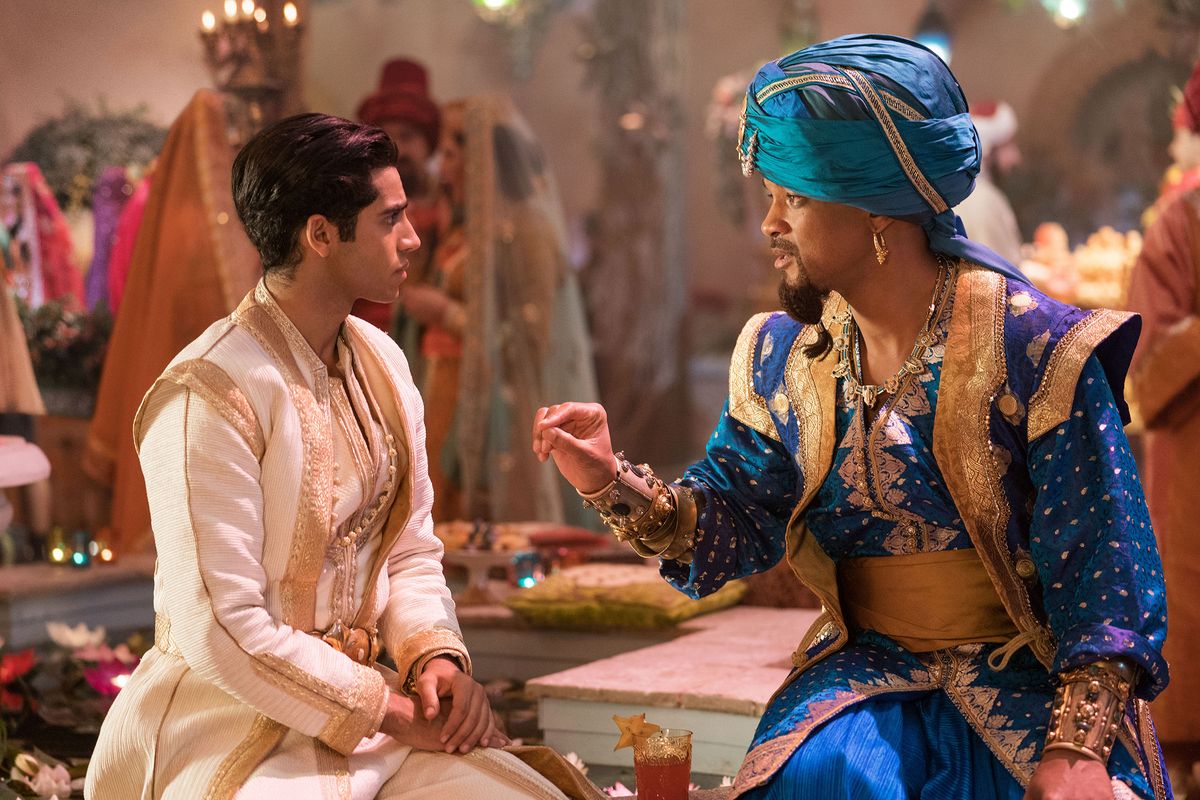 I received a media copy of Disney’s Aladdin for review purposes. All opinions are 100% my own.

I will never forget the first time I watched the 1992 animated version of Disney’s Aladdin. Robin Williams as the Genie made the Aladdin movie and I was so glad that for the years the animated version was available, his voice was the one I heard.

But then, Disney started talking about doing a live-action version and casting Will Smith as the Genie and I was not too sure about anything at all. I mean, Aladdin is an ICONIC movie with a character who is no longer here. Could it really live up to the original?

Walt Disney Home Entertainment sent me a copy of Aladdin (live-action) to preview before it’s release on Blu-ray to watch. We sat down as a family to watch it and I am not going to lie. I was very apprehensive about what was getting ready to go down.

But Y’all — THEY NAILED IT! 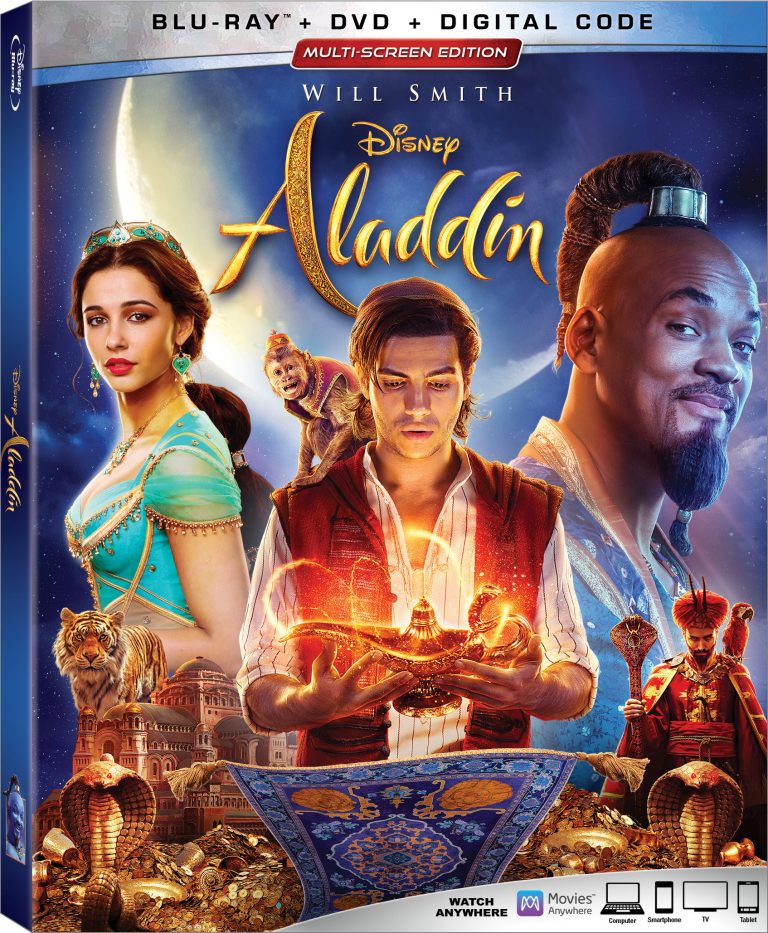 The live-action adaptation of the animated classic, Aladdin, is already available digitally and on Movies Anywhere but TODAY (September 10,2019) it is also available on 4K Ultra HD, Blu-ray and DVD.

It stars Will Smith, Naomi Scott and Mena Massoud, the release includes all-new bonus features, such as deleted scenes, a blooper reel and more!

My Thoughts on Aladdin

The casting for Aladdin was so spectacular. In fact, Mena Massoud who played the role of Aladdin was almost near perfect to the animated version — from his quirks and mannerisms to all of his sayings.

He made his character completely pop on screen.

But like me, everyone was thinking the same thing —  Will Smith as Genie?  Could he really fill the hole that Robin Williams left, because let’s face it Y’all — he is the only Genie. At least that is what I thought until . . .

Will Smith brought something ‘different’ to the character, some new mannerisms and of course, he paid homage to the original OG Genie. It was as if I was watching the two become one. He brought Genie to life in a way that I think Robin would not have been able to and I loved every single minute of it.

What You Get When You Purchase BluRay or DVD

*Bonus features may vary by retailer

“ALADDIN” CAST AND CREW:
“Aladdin” stars Will Smith as Genie, Mena Massoud as Aladdin, Naomi Scott as Jasmine, Marwan Kenzari as Jafar, Navid Negahban as Sultan, Nasim Pedrad as Dalia, Billy Magnussen as Prince Anders and Numan Acar as Hakim. “Aladdin” is directed by Guy Ritchie from a screenplay by John August and Ritchie based on Disney’s Aladdin animation screenplay by Ron Clements & John Musker and Ted Elliott & Terry Rossio.

The release of the live-action adventure coincides with the addition of the original animated classic to the highly celebrated Walt Disney Signature Collection, granting Aladdin fans everywhere the opportunity to own both magical movies. In 4K for the first time, the new release features all-new bonus content, including alternate endings!

Here are some fun activities for your kids themed around Aladdin: 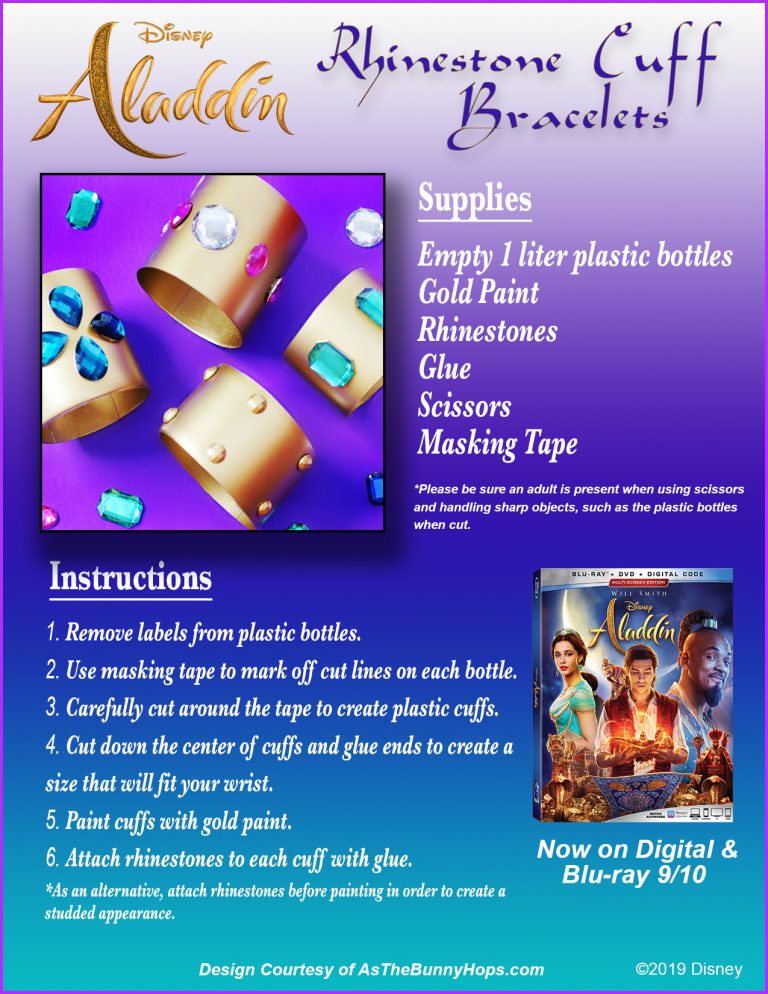