My Most Exciting Adventure – Essay

For years I'd dreamed of roaming around Mexico, but between studies and side work, it began to look as if it would never happen. I studied Spanish too and picked up some tips from a friendly co-worker whose background was Mexican.

But finally came the day. I had saved up a little money and made all the arrangements, got my papers in order and I was ready to go!

Everything I'd heard about Mexico had a guitar in it someplace, so I packed up my beautiful Martin guitar and brought it along too.

Once I crossed the border in Mexicali I began to feel the real Mexican atmosphere. Somehow everything was just a little different from life in the United States. One of the first things I noticed was the abundance of street food. I ate a couple of deliciously greasy tacos with shredded cabbage instead of lettuce. A bottle of orange soda finished off my lunch and I was a happy camper as I headed for the train station.

Somewhere along the line I'd picked up the idea that there were three classes of train tickets, and hoping to be frugal, I asked for a third class ticket to Guadalajara. The clerk politely told me there were only two classes. Okay, feeling dumb I bought a second class ticket and I was off.

The train turned out to be an old American coach with plenty of years behind it, but I didn't care. I fell into conversation with another American about my age. Turned out he was on some sort of disability pension and lived in Mexico, not far from Guadalajara. He had a girlfriend and spent a good deal of time telling me about his personal adventures.

Shortly, the train stopped and it turned out we had to exit the coaches and get our luggage through customs. Customs in this case proved to be a huge open shed with tables laid out where passengers opened their luggage for inspection.

My new friend told me to fold up a ten dollar bill and shake hands with the inspector to avoid having him rummage through my backpack. I was appalled at this unusual idea. People in the United States never did things like that…did they?

However, since we were standing together and talking, the friend shook hands with the inspector as he'd said to do, and the inspector smiled and passed us both through without a murmur. My first lesson in foreign travel. But of course with any sort of bribes, a person must be very cautious.

I learned later that many opportunities arise for a little “grease” to smooth out a voyage. But it's always important to be very respectful and circumspect about these things. Even the most venal official will be outraged if you “talk down” to him/her. You must always make sure you're appealing to their kind nature and asking for a favor.

Once past that we got back on the train and moved on. Before long someone broke out a guitar and a small group began singing and playing. A bottle of tequila mysteriously came around and after a few swallows of that powerful beverage, I opened my guitar case and joined in.

Somewhere, in a much more tropical stretch of track as we traveled along, (and I swear this is true), I was thinking, “Wow, all we need here is an elephant and we'd be in Africa,” and ten minutes later, looking through the window as the train passed a small clearing, there stood an elephant! I didn't get a chance to fully see the entire picture, but I can only assume the elephant formed part of a circus or carnival or something, but just seeing him standing there was good enough for me.

Arriving in Guadalajara, my newfound friend suggested we spend the night together in a hotel to save money, so we did. But the next morning, he was gone. I got my guitar and backpack together and came out of the room and the owner, a nice middle-aged woman, told me that my friend had assured her that I'd pay for the room. Nice!

I decided to take another train on down to Manzanillo, right on the west coast, site of that famed resort Las Hadas. This train turned out to be more primitive than the former train and there was a small group of backpackers about my age in the coach.

Again, music and tequila and somehow, during this time, someone said this fire water would burn if you lit it with a match. After a little more conversation and drinking, some bets got laid down (me, being an innocent bystander excluded), and one of the boys spilled some tequila onto the floor in the aisle and tossed in a match. it burned all right!

For some reason, the conductor threw all of us off the train, but he forgot to throw my guitar off and I never saw that beautiful instrument again.

Now we were stranded beside the railroad tracks in a strange country with no idea where we were. The others, being together, started off in one direction, but I'd had enough of them and their burning tequila so I headed in what I believed was a southerly direction. I found a narrow road that I thought must lead

to some sort of little pueblo sooner or later. Forget about sooner, but later, much later, the night had grown very dark. Only the stars stood out, much more bright and beautiful than I'd ever before seen them.

But suddenly something — a slight noise? A rustle? What? — I realized I was not alone on this dark narrow stretch of road in a strange unknown part of this unknown country. Feeling a great sense of unease I took a tentative step forward. Did I hear something? I waited. Nothing.

Finally I decided I must be imagining things and besides, I couldn't stand in the middle of this dark road all night. I took a step forward, then another. I listened and didn't hear anything. Finally, inwardly laughing at myself, I decided I was just imagining things so I began walking forward again.

I hadn't taken ten steps when I bumped into something, something wet and solid. I put out my hand and I felt like a Ghostbuster. I'd been slimed!

After a moment, trying to focus in the blackness of the night, and feeling about with my hands I finally realized that what I'd run into on this little road was a gigantic pig. I mean big! And I'd just had my hands all over his wet mucus-dripping snout.

When my heart stopped pounding and I was able to recover a bit from the trauma and shock of it all, I smiled and patted the pig on the head and left him standing there in the middle of the road. I kept doing and never looked back. Eventually I did see lights up ahead and nearing dawn, entered a small pueblo where a woman in a small outdoor booth was serving coffee and rolls they called pan dulce.

Maybe my little adventure wasn't “Die Hard” or “Mission Impossible” but it gave me enough excitement to hold me for quite a long time to come.

Since that time I've had more travels in Mexico as well as in Europe. Nothing quite so dramatic, but I did nearly get knocked over by an escaping thief at La Gare du Nord in Paris. That guy could really move.

But when you travel, you have to be prepared for the unexpected. i had reserved a room in Paris before leaving for Rome, but somehow I managed to get back the night before and my room was unavailable. The clerk thoughtfully tried to call around to see if something was ready someplace, but no luck.

So here I was, stuck in a railway station, albeit it is quite famous for its restaurant Le Train Bleu. if you've never been to Paris, most of the train stations are open, covered only by a roof. Of course they have waiting rooms, and since it was past ten o'clock at night, I decided just to sit up in the waiting room. Hah!

To my dismay, I learned that they close the waiting rooms down at night too. Everything closes. I know, you'd think a city like Paris would buzz all night long, but even most of the subway service shuts down and most hotels lock their doors, giving the guest a code to get in after hours. Many hostels (where I stayed) simply lock you out after a certain hour.

That was a night to remember, wandering around Paris with no place to go and little to do until morning. But as I say, when you travel, you have to expect the unexpected. And one final word of warning: Watch for pickpockets in Europe. Many have told me that nobody could get in their pockets, but believe me, these people are trained like a classical musician or a mathematician.

They know right where to go and how to do it so smoothly that you have no inkling until later. Most of them could be successful magicians, but I guess their life is more exciting. This personal essay has just been provided by the academic writing website https://www.domyessay.net.

Previous
How to Introduce Your Baby to Peanuts 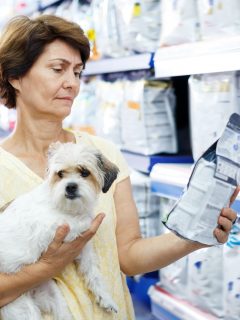 Next
IS YOUR DOG SUFFERING FROM DANDRUFF? 8 REASONS THAT MIGHT BE CULPRIT
Click here to cancel reply.