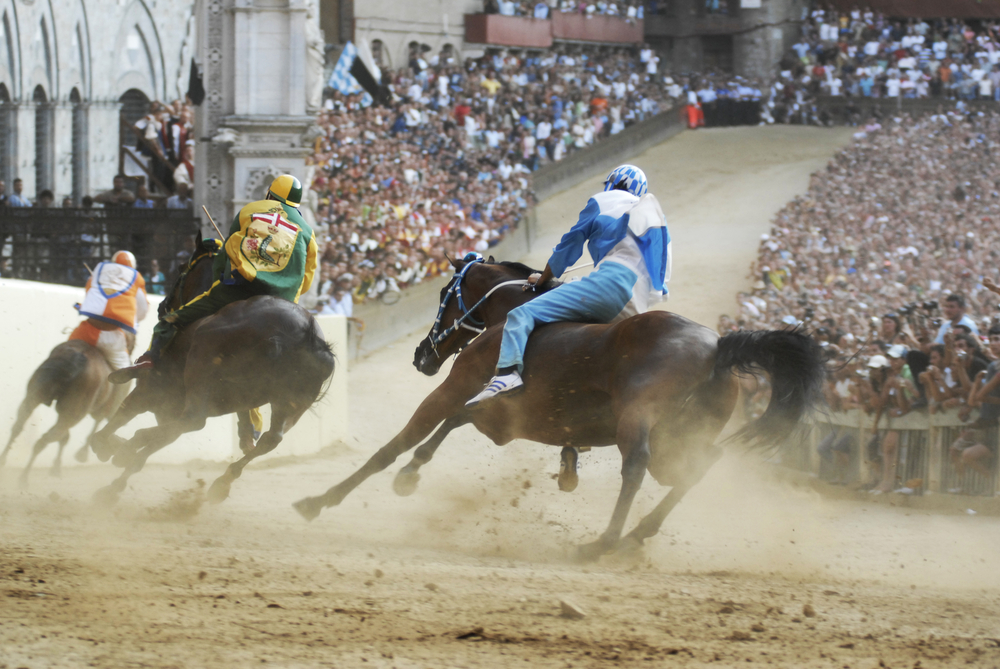 The patroness of the city of Catania, Sant'Agata, is the protagonist of the celebrations at the beginning of February. The relics of the saint is carried in procession by devotees wearing white clothes and a black bonnet. Religion and folklore are magically intertwined for three days in Catania.

The Venice Carnival is certainly the most important event in the lagoon and one of the most famous festivals in Italy. Historically, the Carnival, conceived and formalized by the Republic of Venice, granted all the inhabitants – of any social class – a period of “concessions and revelry” outside the regulations of public order, and the masks allowed precisely this freedom and anonymity for all.

In Agrigento, Spring is celebrated every year during the flowering of the almond trees, symbol of the return to life. Among the most beautiful Sicilian festivals, the Sagra del Mandorlo in Fiore lasts about a week. The rich program is animated by folk groups from all over the world. Moreover, there are many collateral events and tastings of the exquisite Sicilian almond.

In April, the traditional Tulip Festival takes place in Castiglione del Lago. Along the main street of the historic center, there are allegorical floats totally covered with colourful tulip petals. The event wants to celebrate and greet the arrival of Spring and it is a tradition alive since 1956.

The first weekend after May 1st, the return of Spring is celebrated in many areas of Italy, also during Calendimaggio in Assisi. A revisitation of the pagan festival that dates back to the ancient Umbrian people is celebrated from Thursday to Saturday, with processions in medieval costumes and musical performances.

During four days in June, in Brisighella, a small town in the province of Ravenna, the Medieval Feasts take their place, with historical re-enactments, knight tournaments, costumed guided tours, craft markets and exhibitions of ancient crafts, medieval music, and falconry shows.

On the 15th and 16th of July, in Venice, the traditional Festa del Redentore takes place every year. The festival dates back to 1577 when, after a terrible plague epidemic, the Basilica del Redentore was built on the island of Giudecca. To reach the church on foot, an exceptional bridge of boats measuring more than 300 meters is still set up and, in the evening, the celebrations culminate with fireworks and plays of lights.

Also called Palio dell'Assunta, this spectacular horse race is held in Siena on August 16th, the day after the feast of the Assumption of the Virgin Mary. Seventeen are the districts that face each other in the race: Jockeys and horses must run three times over the ring of the Piazza del Campo.

On the second Sunday of October, a long-established international sailing regatta is held in the Gulf of Trieste, famous for the huge number of boats taking part in the race. The record was reached a few years ago in 2001, with the participation of 1968 boats. Organized for the first time in 1969, every year it attracts not only sailing and boat enthusiasts, but also citizens of Trieste and many foreign tourists.

Previous Post: « 5 Reasons A Senior Pet Makes the Best Pet
Next Post: 3 Ways to Keep Your Veggies Crisp and Fresh in Your Fridge »