This herbed spatchcock chicken is so flavorful and juicy! 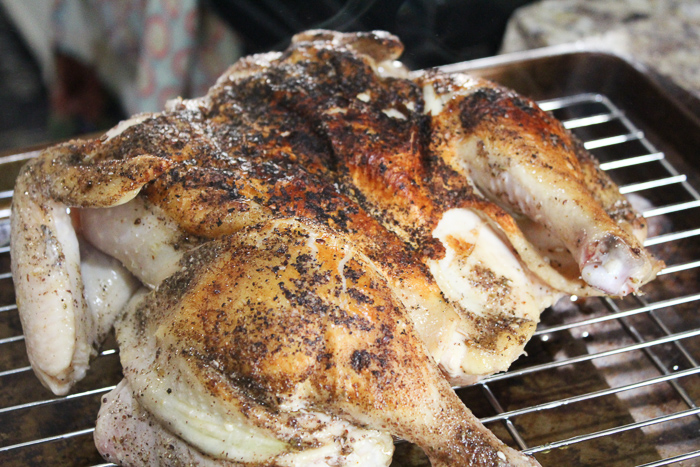 During this episode, Tyler made Chicken Schwarma, a delicious spatchcocked chicken served with Tzatziki sauce and hummus. Now, my husband is not about to eat hummus or anything else that resembles cucumber sauce or ground up chickpeas, but he does love chicken, so I set out to make his chicken that was seasoned with Za'atar.

Two things are new for me here — spatchcocking a chicken and using Za'atar. 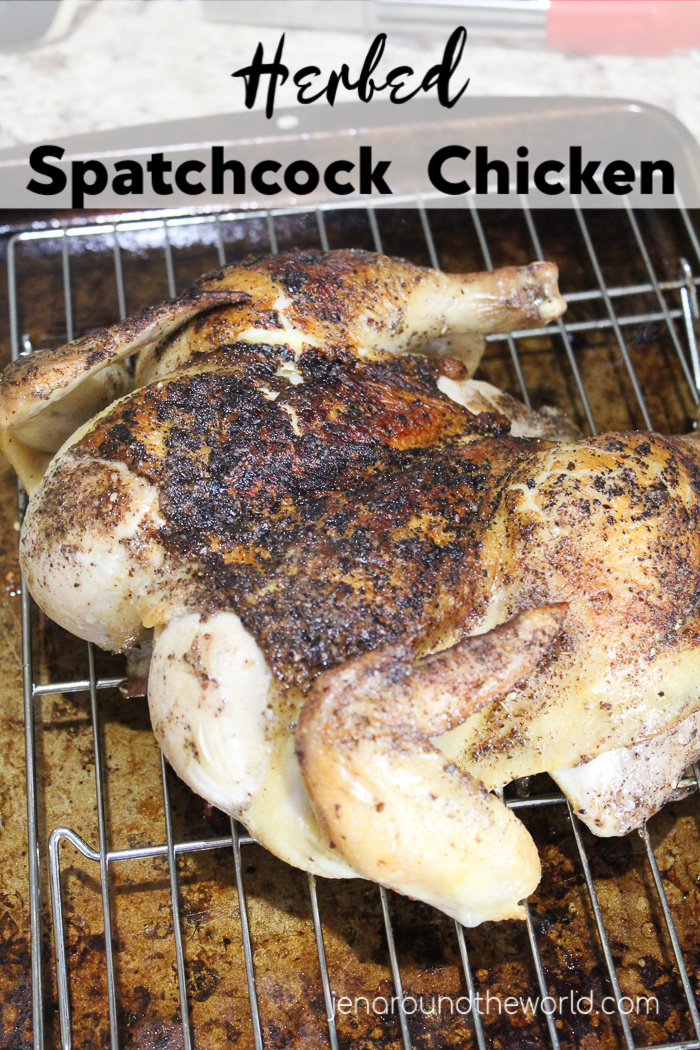 Here's what you need to do.

How to Spatchcock a Chicken

Basically, all that spatchcocking means is butterflying the chicken—removing the backbone and flattening the bird so that more of the skin is exposed to direct heat. 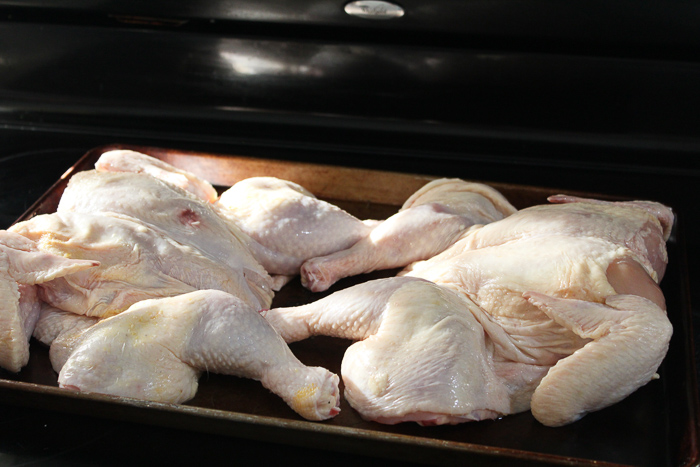 Preheat the oven to 400°. Using poultry shears, cut along each side of the chicken backbone and remove it. Turn the chicken breast side up and press on the breastbone to flatten the chicken.

Rub the chicken  all over with the olive oil, Za'atar seasoning and lots of salt and pepper. 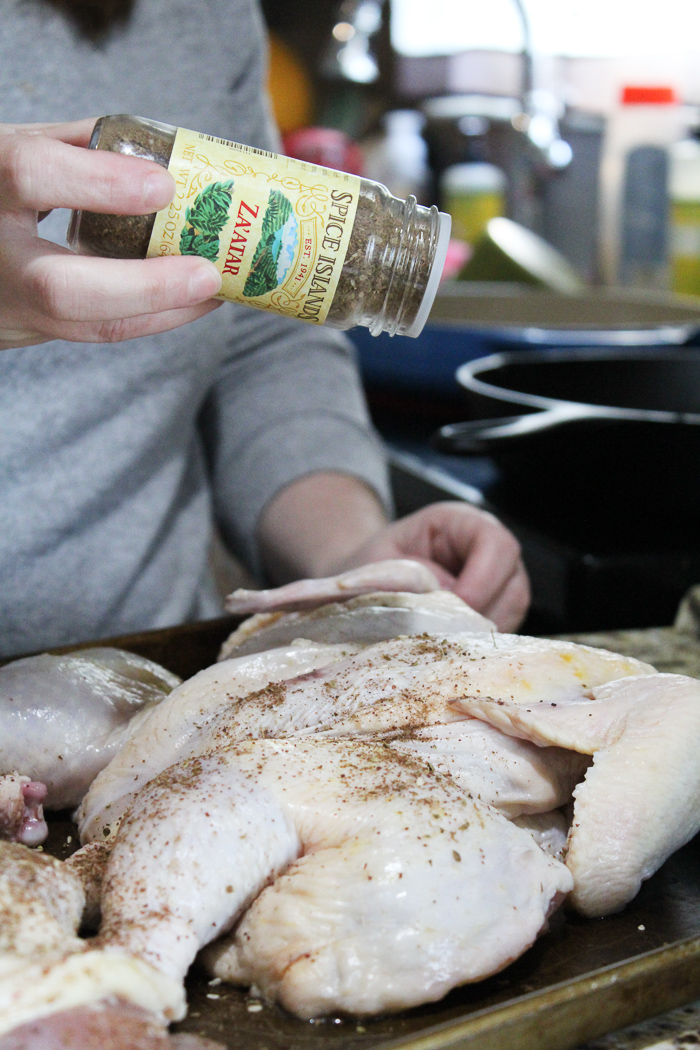 On the stove top, heat olive oil in saute pan. Place the chicken skin side down until golden brown and spices have blackened. This should take about 5 minutes. 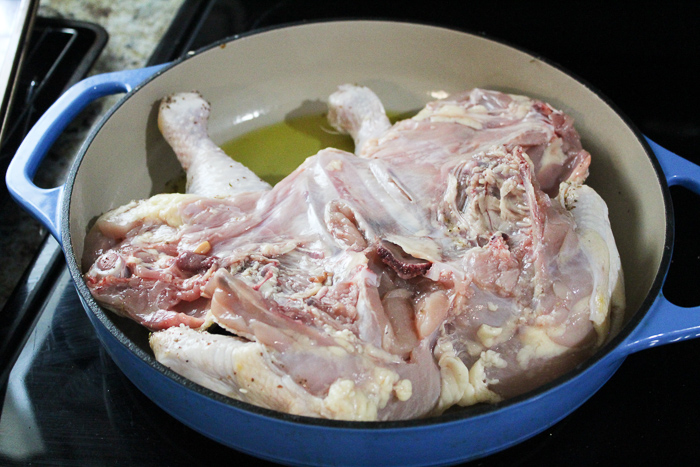 Transfer the chicken to a large rimmed baking sheet with a cooking rack, and skin side up. Roast for 45 minutes, until the skin is browned and an instant-read thermometer inserted in an inner thigh registers 160°. 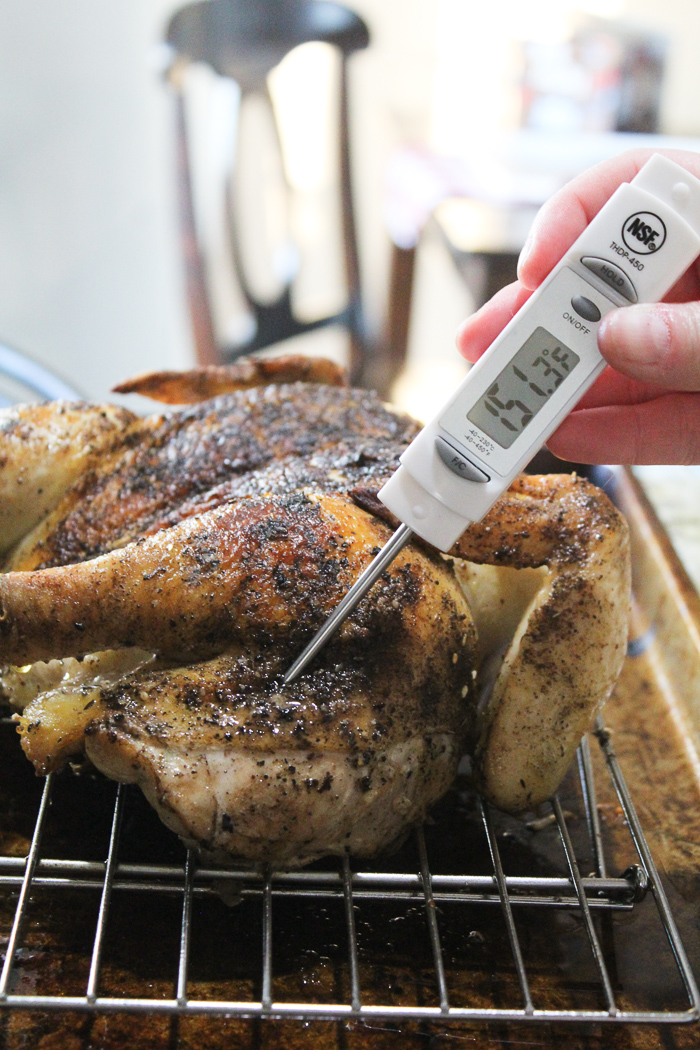 The original recipe I found online of Tyler's suggested 25 minutes in the oven — which was WAY OFF! As you can tell from the meat thermometer above, my chicken was not yet done. It took about 45 minutes for the chicken to get all the way done, but when it did — man was it good!

Transfer the chicken to a cutting board and let rest for 10 minutes before serving. 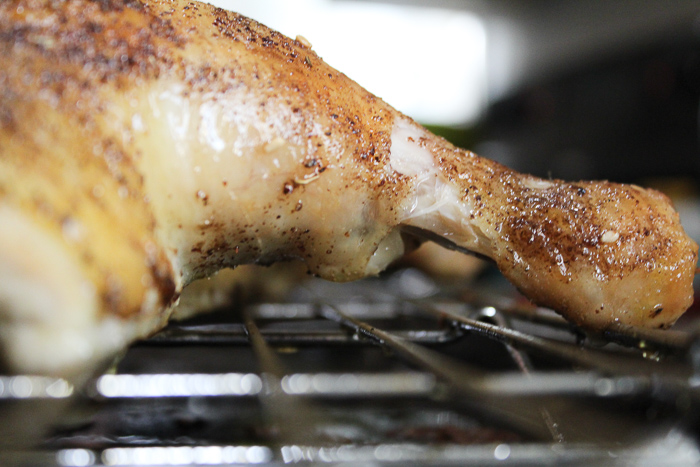 This was the first time I used Za'tar. I had a lot of people tell me that it had really good flavor, kind of like Italian seasoning. This spice blend is generally made with ground dried thyme, oregano, marjoram, or some combination thereof, mixed with toasted sesame seeds, and salt, though other spices such as sumac might also be added.

I used the Spice World brand and it was SO GOOD Y'all! Everyone said that dinner was delicious last night so I was pleased. Here's the recipe! Hope you enjoy it as much as we did!

Amazon Picks to Help You Cook this Herbed Spatchcock Chicken